Glide into the Winter Olympics with British Ice Skating 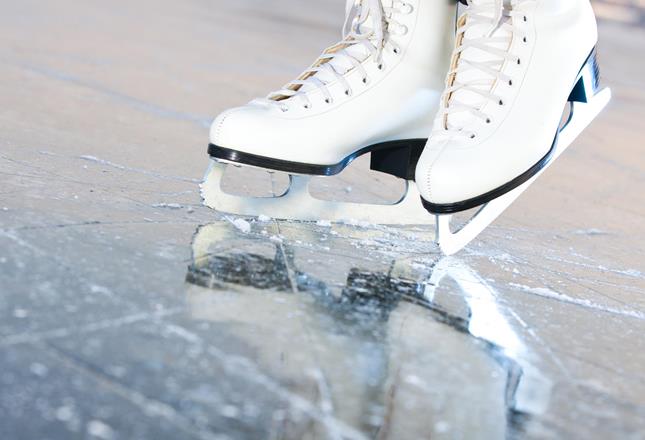 The Beijing 2022 Winter Olympics officially get underway today with the Opening Ceremony, and a team of over 50 athletes are in China to represent Team GB.

To mark the occasion, we are placing a spotlight on one of the sports on show – ice skating. With figure skating, as well as short and long track speed skating all falling under the ice skating umbrella, there’s something for everyone to enjoy.

For the first time in 30 years, Team GB will have skaters competing in all three of these disciplines, with a total of eight different skaters – equally split between men and women – competing over 12 different events, from ice dance to 500m long track speed skating.

We spoke to British Ice Skating CEO Michelle Draper to find out more about those representing Team GB in Beijing, as well as how people can get involved in the sport.

What are some of the country’s greatest Olympic moments in Ice Skating?

We’ve had some great moments over the years, with some of Great Britain’s most iconic moments at the Winter Olympics being in ice skating. First, we had John Curry winning gold at Innsbruck in 1976, which was the only medal Great Britain won at the Games. This started a bit of a run of success in figure skating – at the following Games in Lake Placid in 1980, Robin Cousins also won gold, again being the only member of the team to win one.

Then, at Sarajevo 1984, Jayne Torvill and Christopher Dean won gold in perhaps this country’s most famous Winter Olympics moment. Achieving the highest-ever score with their iconic performance to Ravel’s Bolero, it was viewed by a television audience of over 24 million people, making it one of the most watched television events ever in the United Kingdom.

Who should people be looking out for in Beijing?

Here’s a run through of our athletes in each event:

Team GB figure skaters Lilah Fear, Lewis Gibson and Natasha McKay are all heading to their first ever Winter Olympic Games. Ice Dance takes place on 12 and 14 February, with the Women’s Singles following on 15 and 17 February. 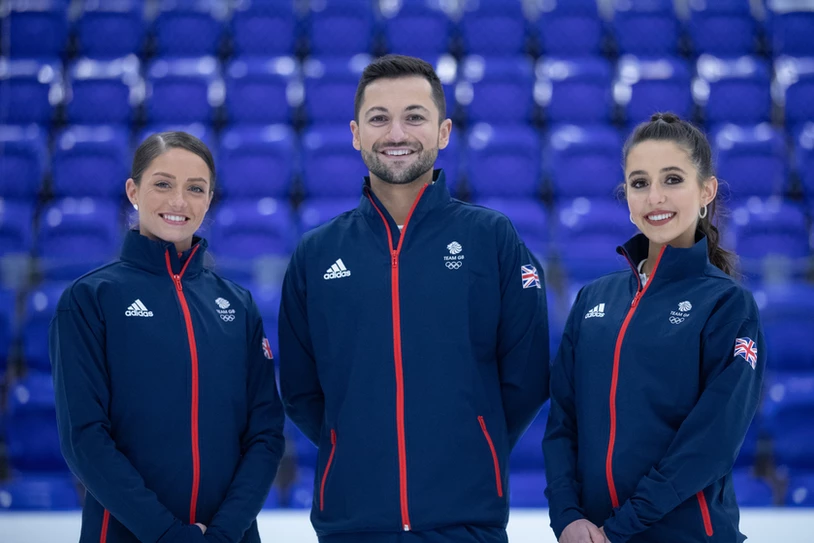 A trio of Team GB short track speed skaters will race in Beijing. Kathryn Thomson, who will skate in three different distance events, and Farrell Treacy, are both at their second Winter Games. It will be an Olympic debut for Farrell’s younger brother Niall, who will feature in the Men’s 1000m.

Cornelius Kirsten and Ellia Smeding are hoping to inspire a new generation of long track speed skaters as they compete in Beijing. Cornelius ends the 30-year wait for a male long track speed skater to represent Team GB, and Ellia becomes the first female selected in 42 years. Between them, they will compete over five distances. They have been featured on BBC Sport, who wrote about their coffee business which helps to fund and support their speed skating career. Read the article here. 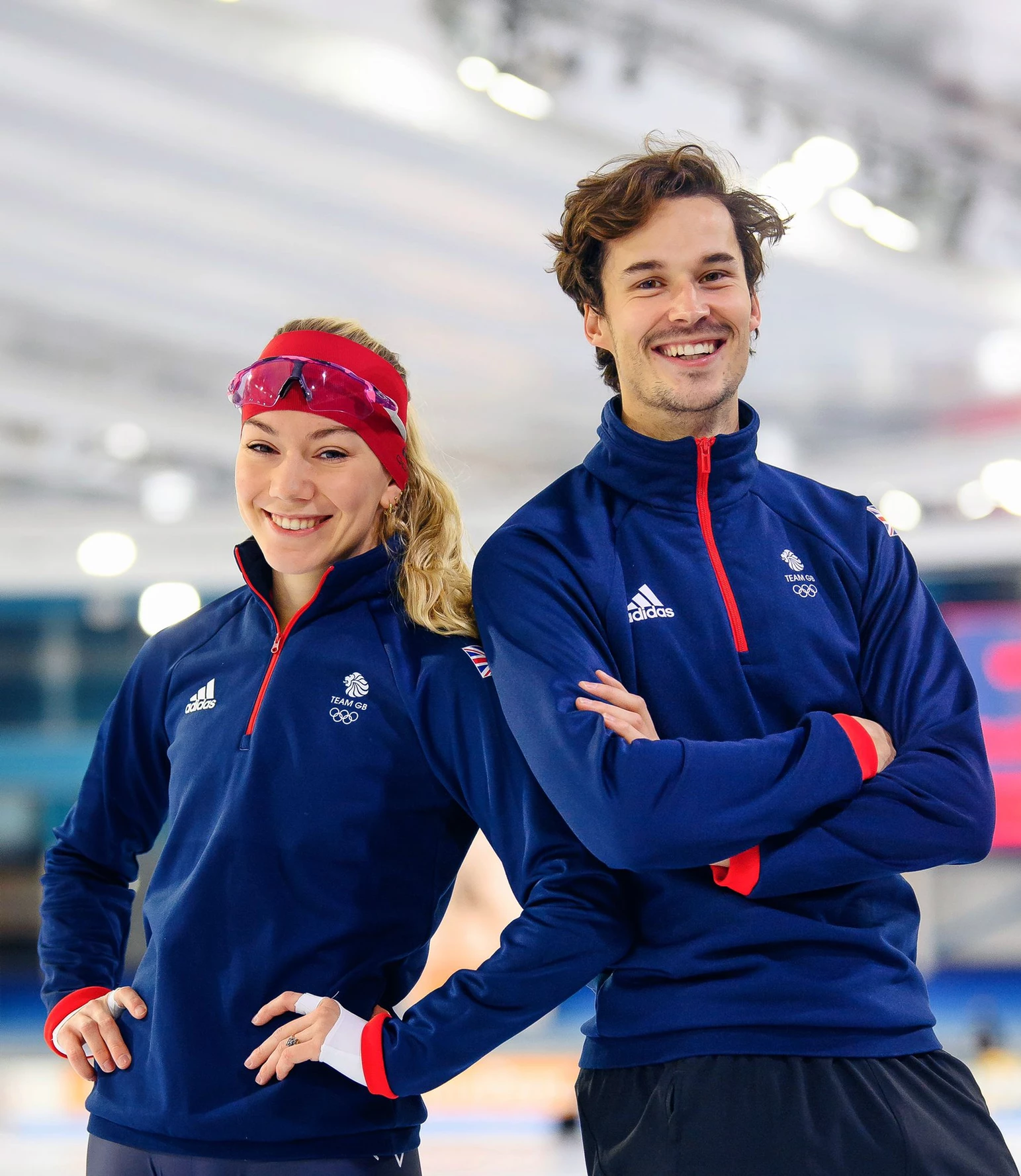 Do you have any advice for someone dreaming of becoming an Olympian in your sport?

Continue to work hard and focus on developing yourself as a skater and a person. Ice skating is a complex sport that requires a high level of dedication and the right mental attitude, but if you continue to work hard, anything is possible.

How would someone who has never taken part before get involved with ice skating?

If someone wants to get involved they can find out where their local rink is by using our helpful Rink Finder tool. Once they’ve found a rink, they’ll be able to take part in public sessions, and they’ll also be able to book onto an introductory course which should teach them the fundamentals of ice skating.

At most rinks, there will also be clubs operating, which always welcome recreational skaters to join their community. These clubs are a good place for any skater to begin or continue their skating journey.

Are there any initiatives you are running at the moment to encourage people to take part?

There are a number of regional initiatives, with each rink available to provide more information on projects they are involved in.

Nationally, Skate UK is the BIS approved Learn to Skate course developed by British Ice Skating as the fundamental training scheme for anyone starting out in skating. It teaches movement and basic ice skating skills to anyone, in eight clear stages.

There are other courses too, which are more specific to the needs of different groups: Skate Tots is a programme focused on children under the age of five; while there are also Skate UK programmes for speed skating, free skating and ice dance.

What do participants gain from being involved in the sport?

Ice skating has a variety of physical and mental benefits for anyone who takes part. These include, but are not limited to: better balance, improved joint flexibility, stronger leg muscles, improved cardiovascular endurance, improved joint function, relief from stress, and better mental fitness. Skating is also a great way to meet new people and socialise with people who share a common interest.

How can people follow the sport after the Winter Olympics have finished?