Badminton hoping to serve up lasting legacy at 2022 Commonwealth Games 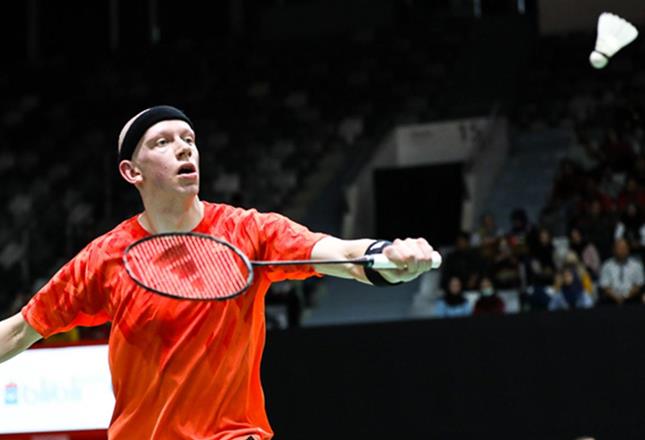 This year’s spectacular summer of sport continues this evening as the 2022 Commonwealth Games get underway in Birmingham.

The multi-sport event is being branded the biggest in its history, with the largest ever female and para sport programme confirmed across 11 jam-packed days of sporting excellence.

While three sports gear up to make their Games debut, badminton will be contested for the fifteenth time and hopes are high in the Team England camp.

Among the 10 athletes selected are several former Commonwealth Games medallists along with Toby Penty, who is part of ‘Generation 22’ and is considered one of the stars to watch during the competition.

Those taking to the court will be hoping to inspire the next generation of athletes and encourage more people to pick up a racket for years to come.

We spoke to Badminton England’s Relationship Manager, Aleisha Challands, who is leading the organisation’s Commonwealth Games Legacy project, to find out more about their plans for ensuring communities and lives are positively impacted well beyond the Games.

How important are the Commonwealth Games in boosting the profile of badminton?

The Commonwealth Games are a fantastic opportunity to showcase badminton as a sport on one of the world’s biggest stages and offer a great platform for spectators to see some of the best players from around the world, including India, Malaysia and of course, England.

Team England Badminton have the highest medal haul of any country at the Games across all badminton disciplines, consistently winning medals at almost every Games since the sport was first introduced to the programme in 1966.

A home games further increases the sport’s profile and gives us the opportunity to engage and inspire a whole new generation of players.

What legacy plans do you have?

With the support of Sport England’s B2022 Digital and Innovation Fund, Badminton England will be launching our Commonwealth Games Legacy project later this year.

Our vision for a B2022 legacy is to tackle inequalities and inspire new audiences to play badminton.

By adopting community led delivery models we aim to engage local communities, diversify our workforce and open up a wide range of locally accessible environments for badminton activity.

Through this approach we aim to engage over 1,500 new participants across Birmingham and the West Midlands alone by the end of March 2023 before taking the approach to eight other large cities across the country later in the year.

How can people get involved in badminton who have never tried it before?

Badminton is a truly accessible and inclusive sport and is great for both beginners and those that haven’t played in a while.

From casual court bookings to social pay and play ‘No Strings’ sessions to junior coaching, there is an option for everybody who has an interest in getting on court.